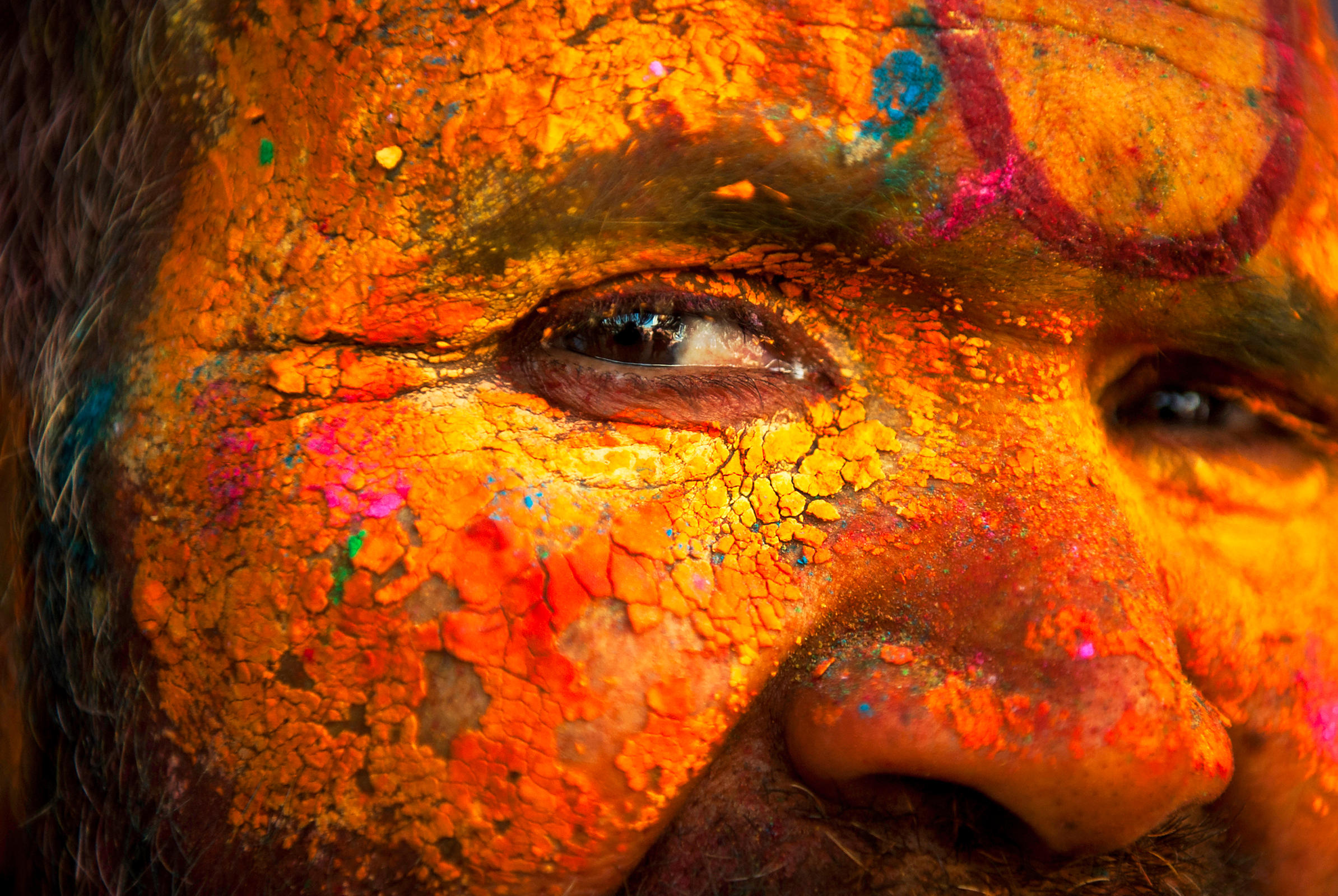 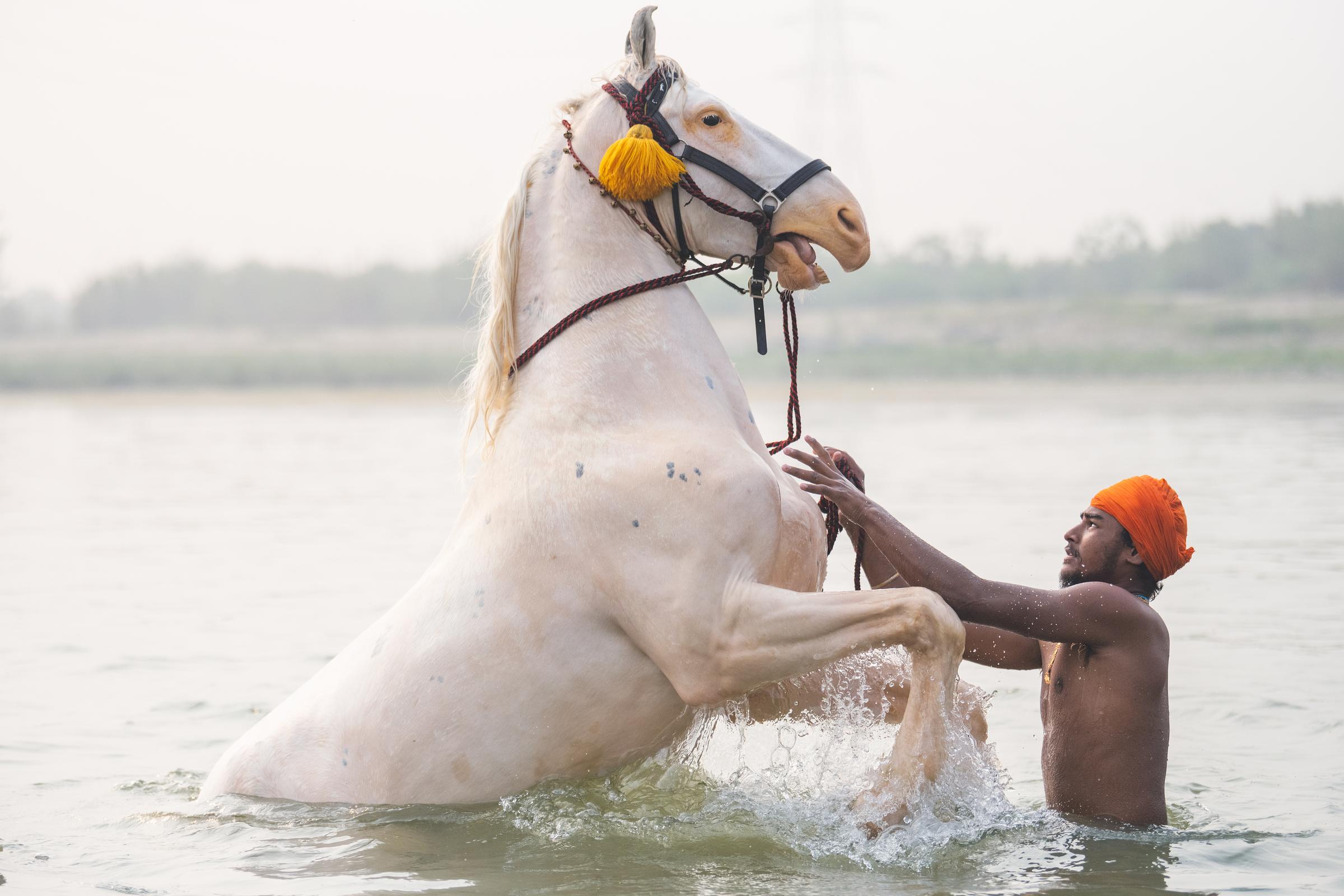 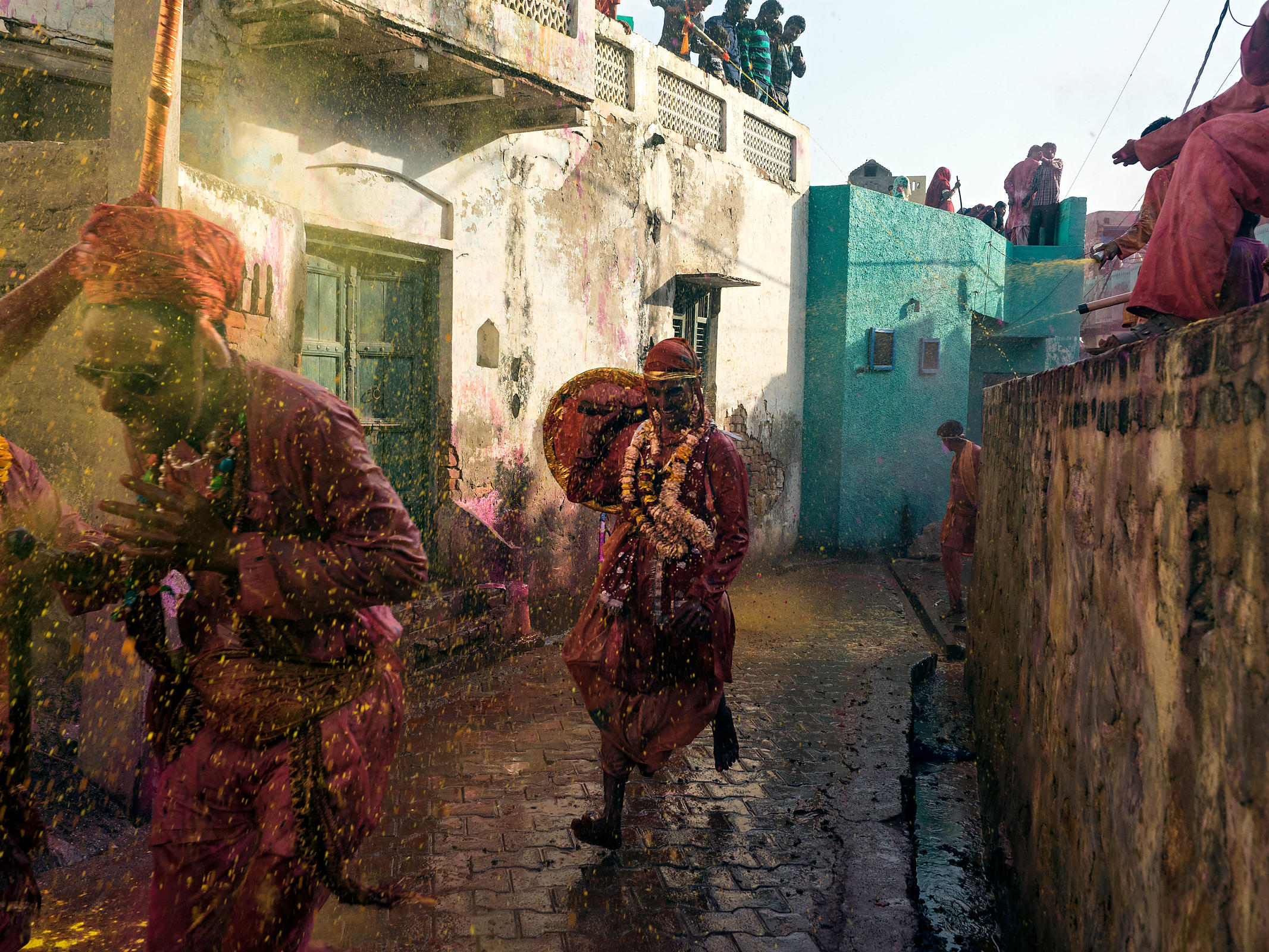 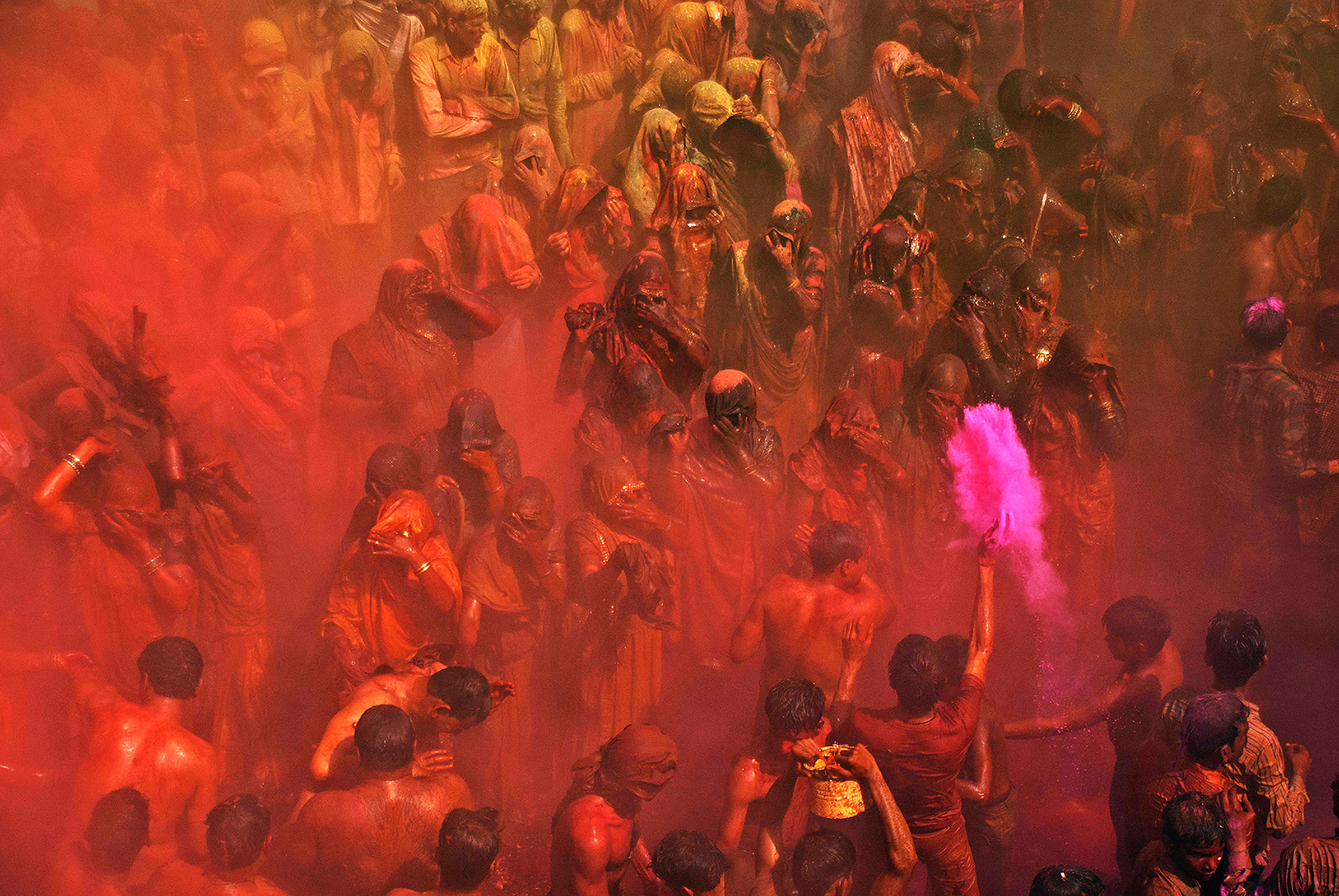 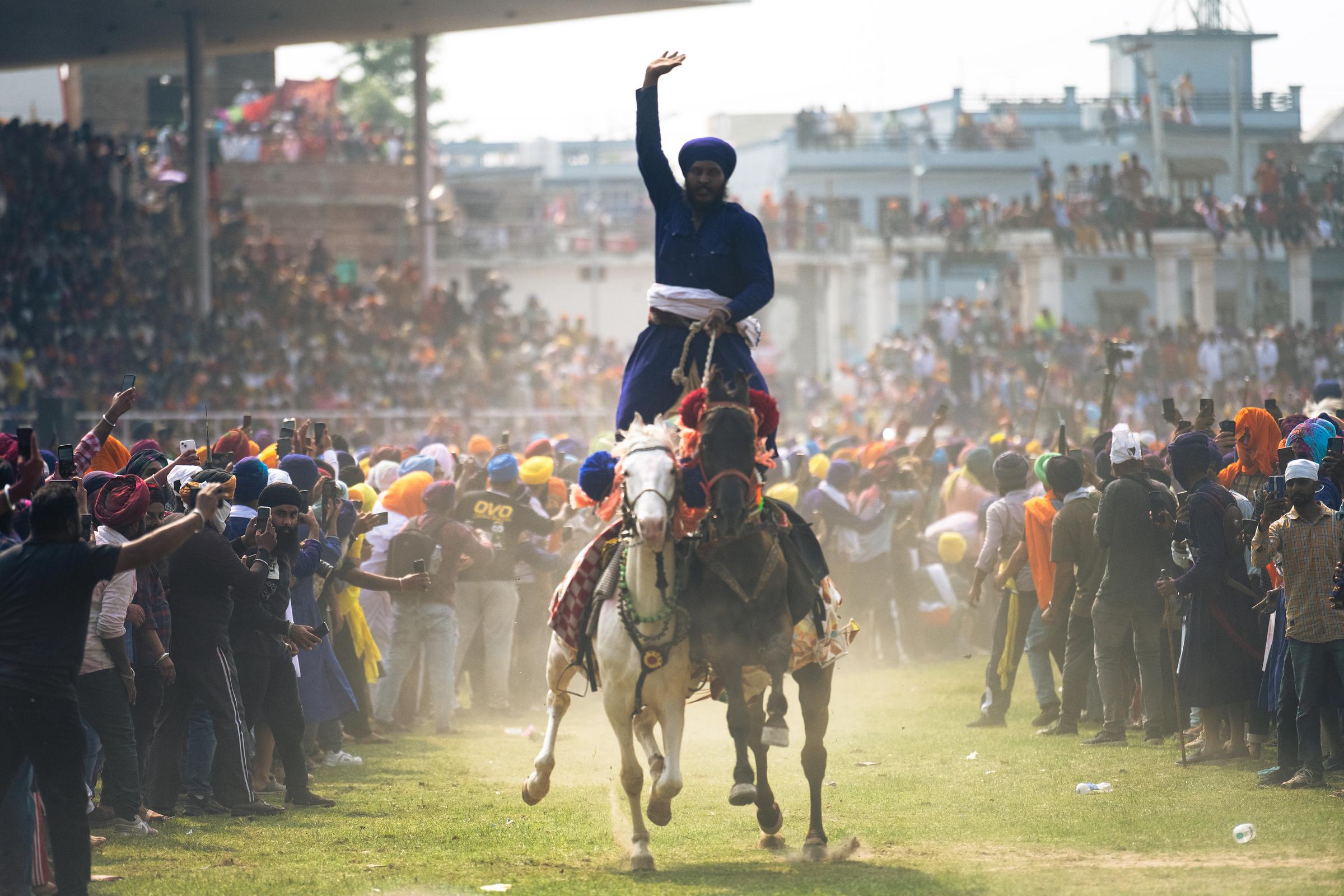 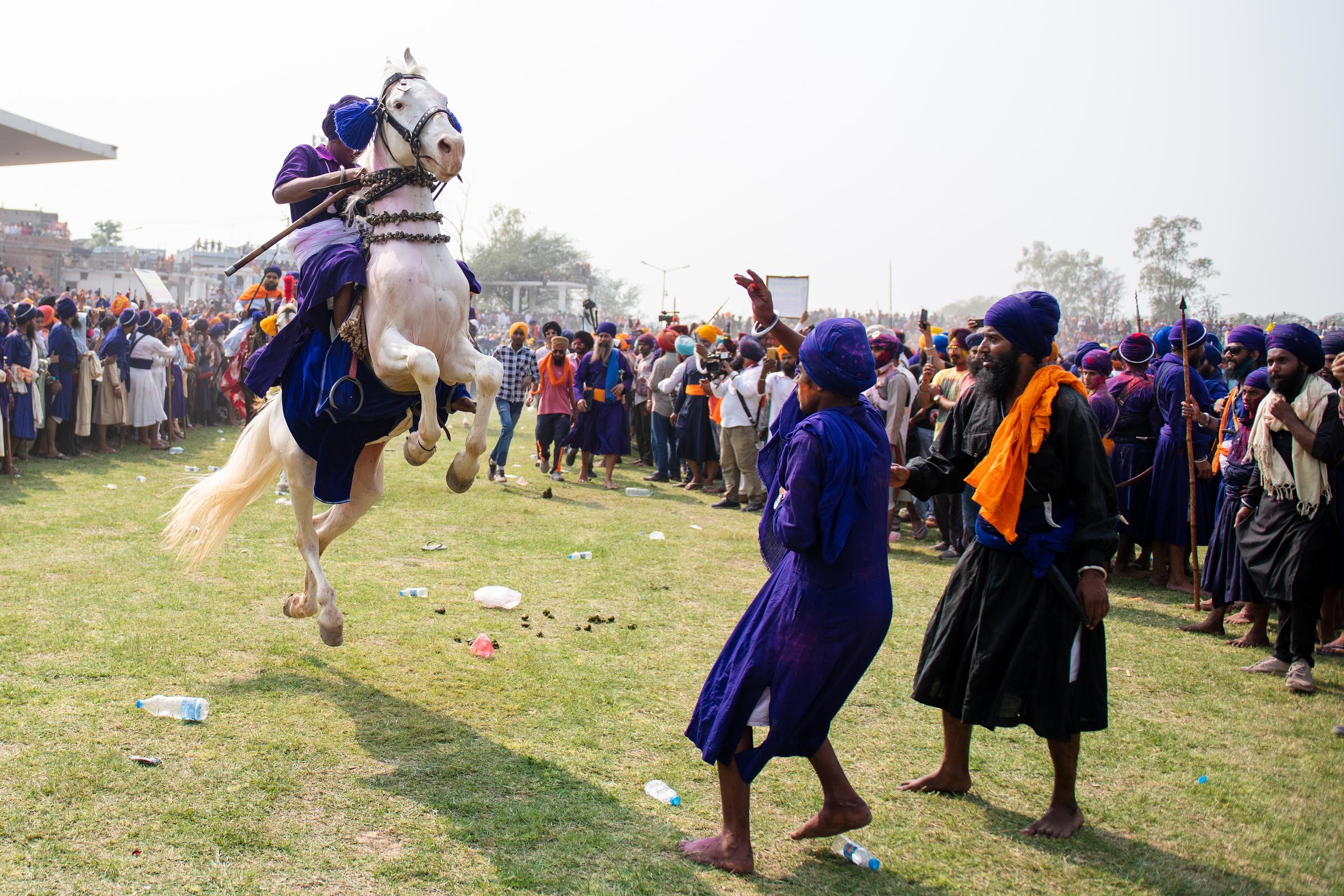 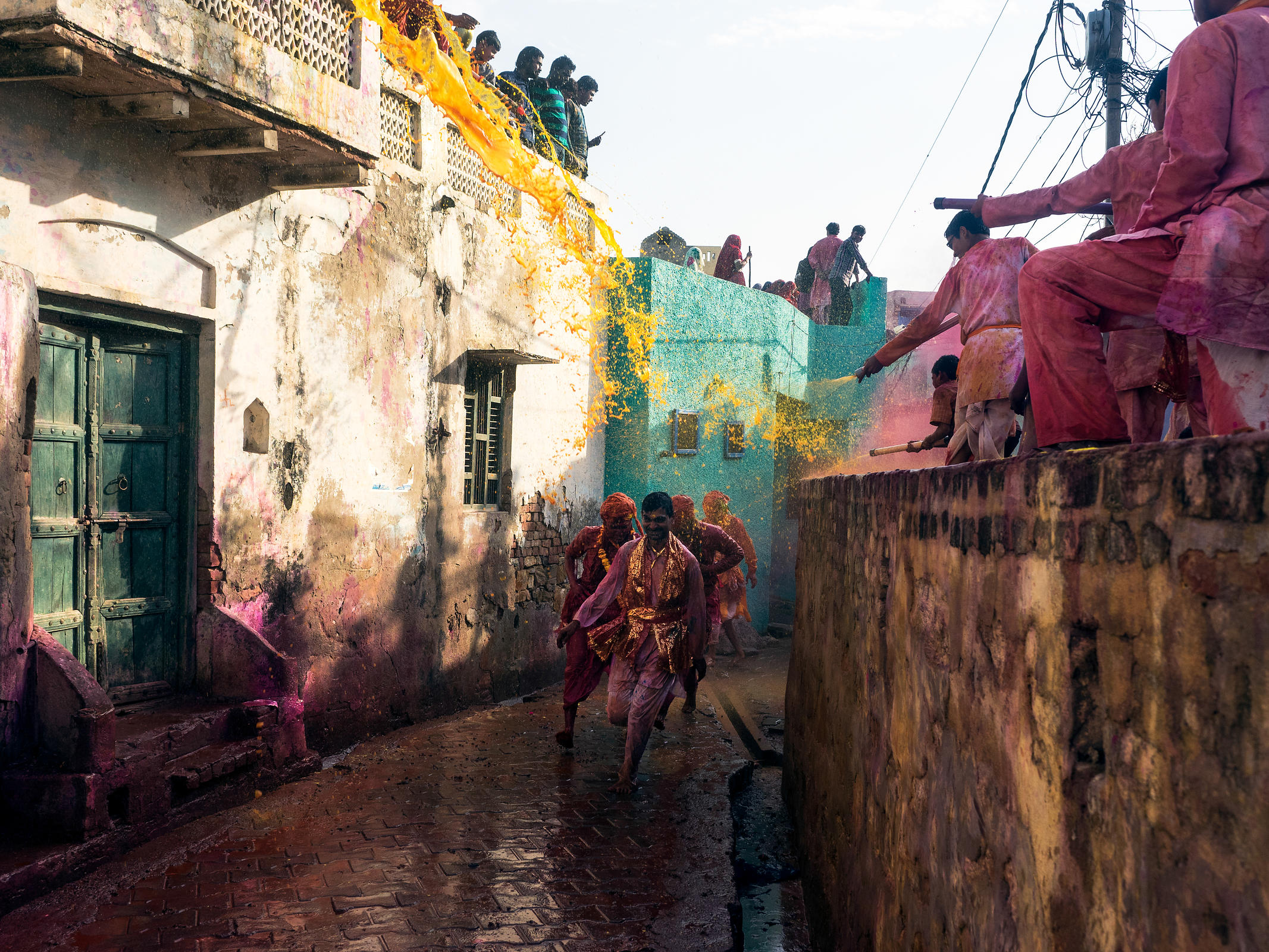 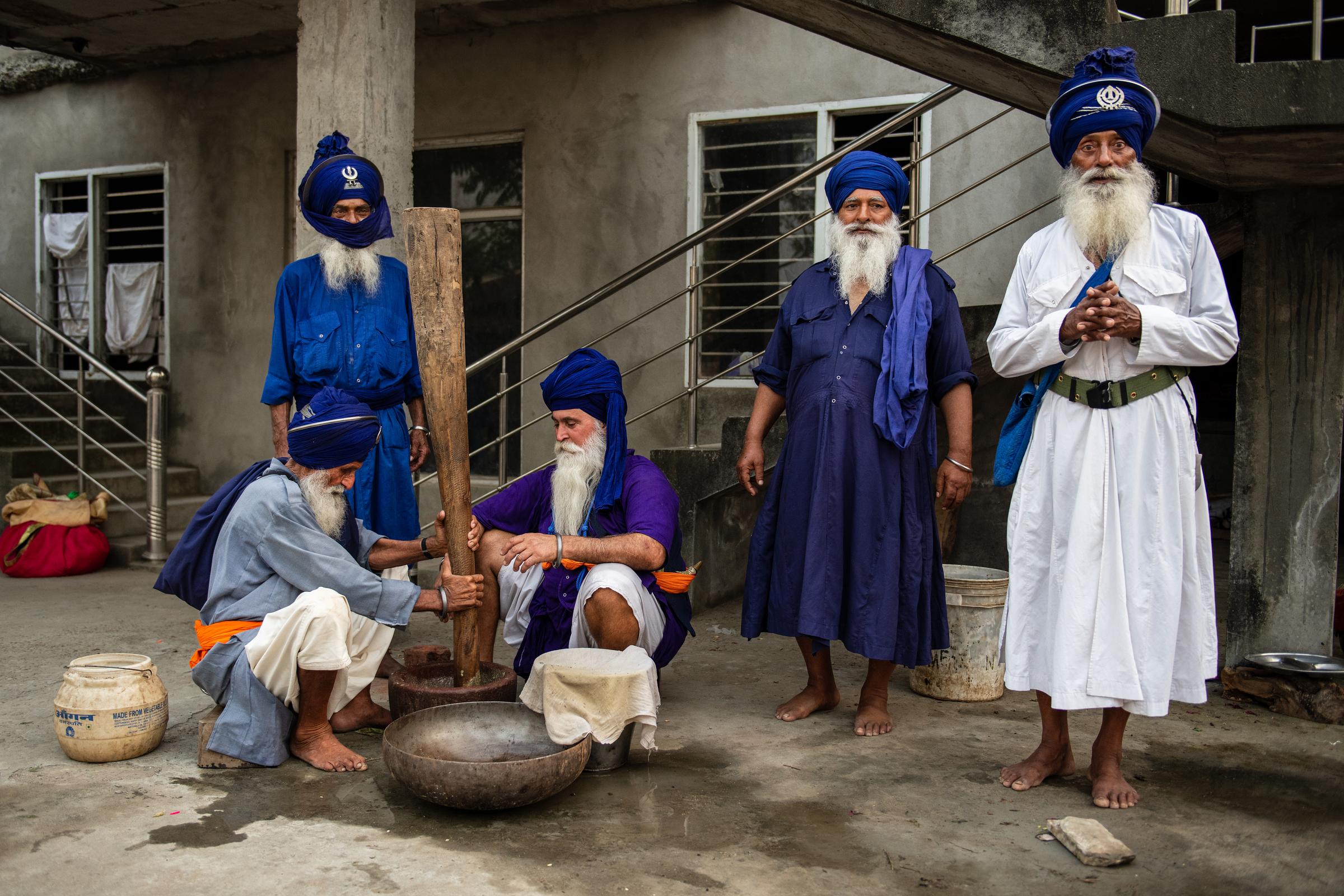 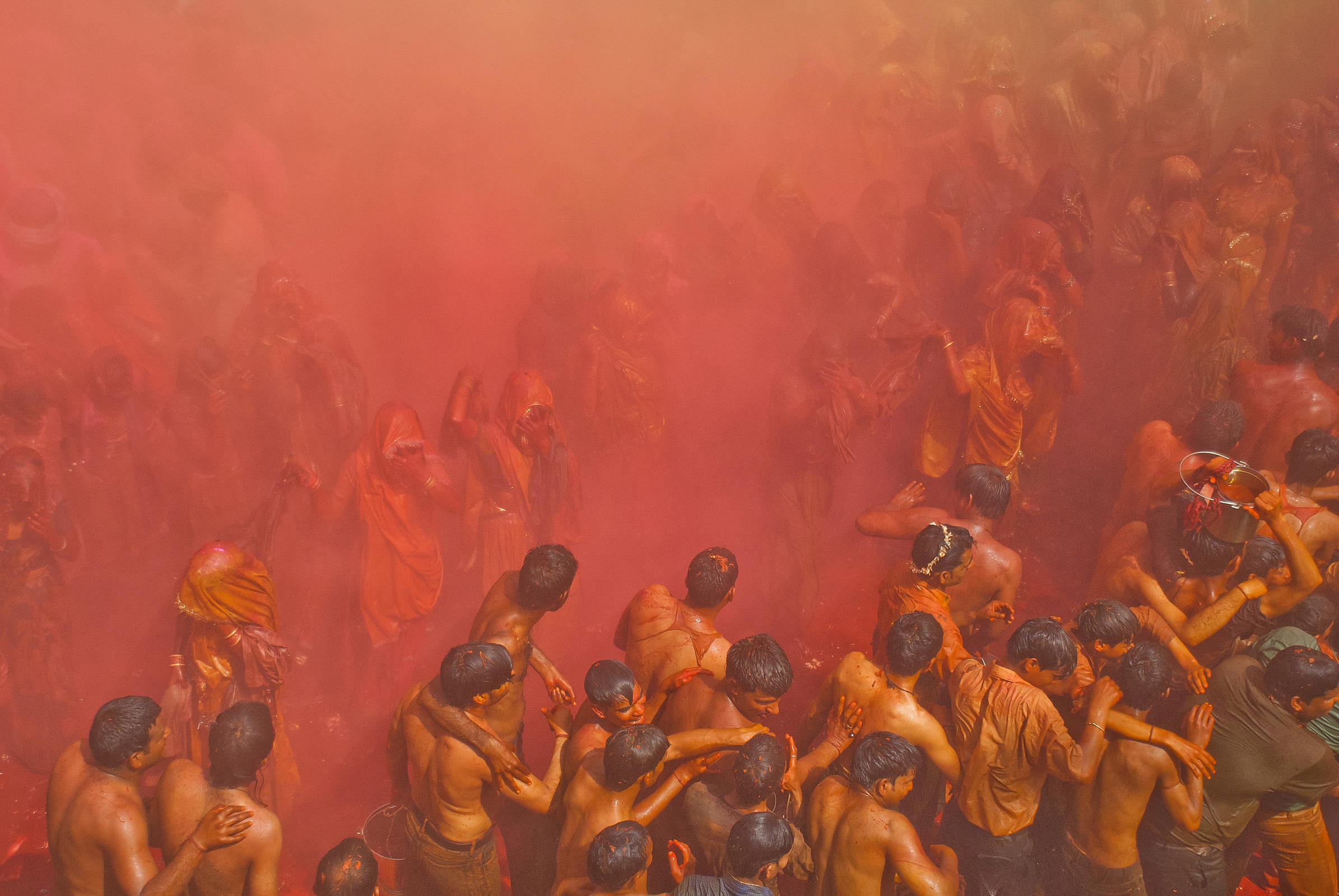 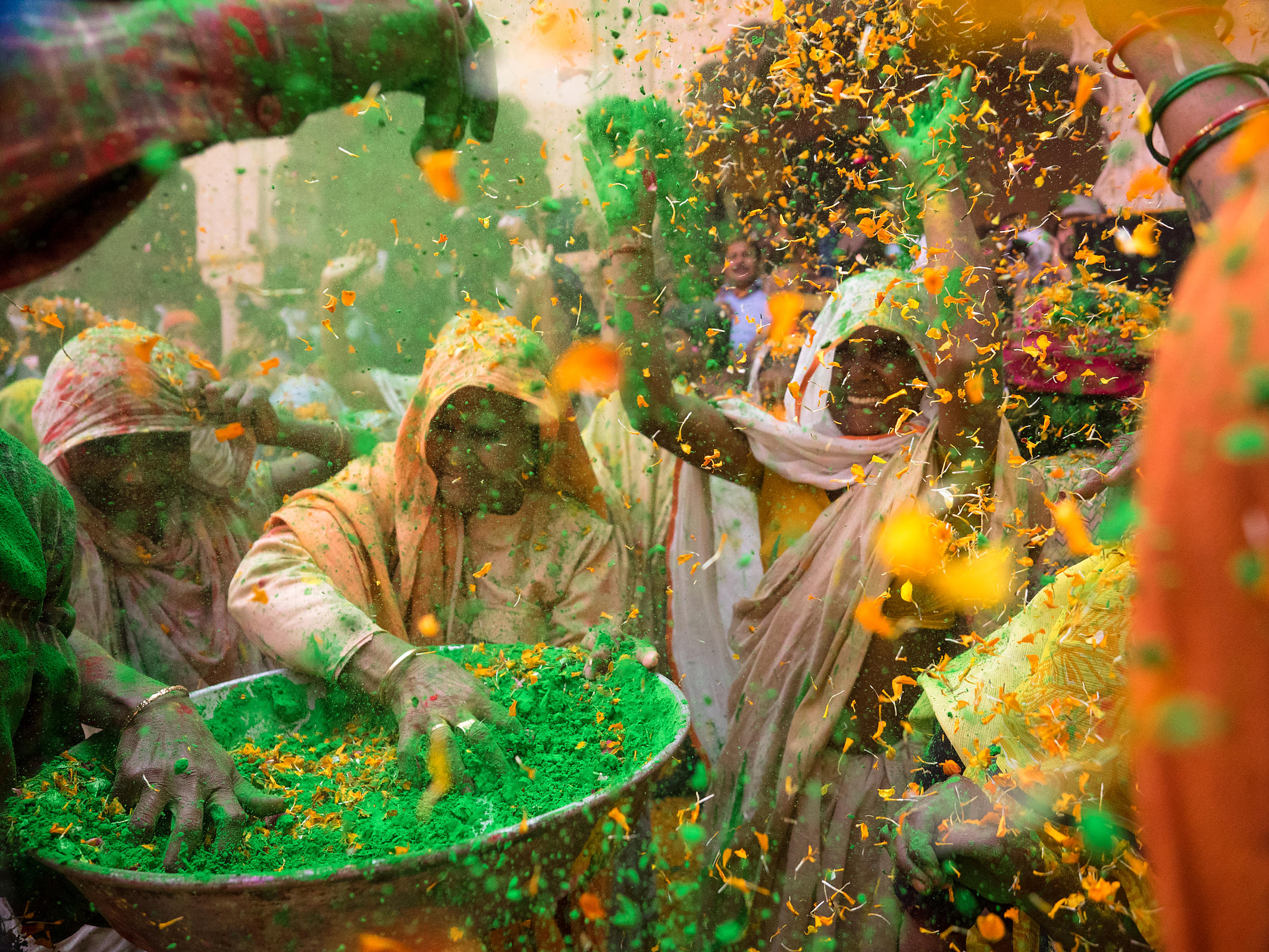 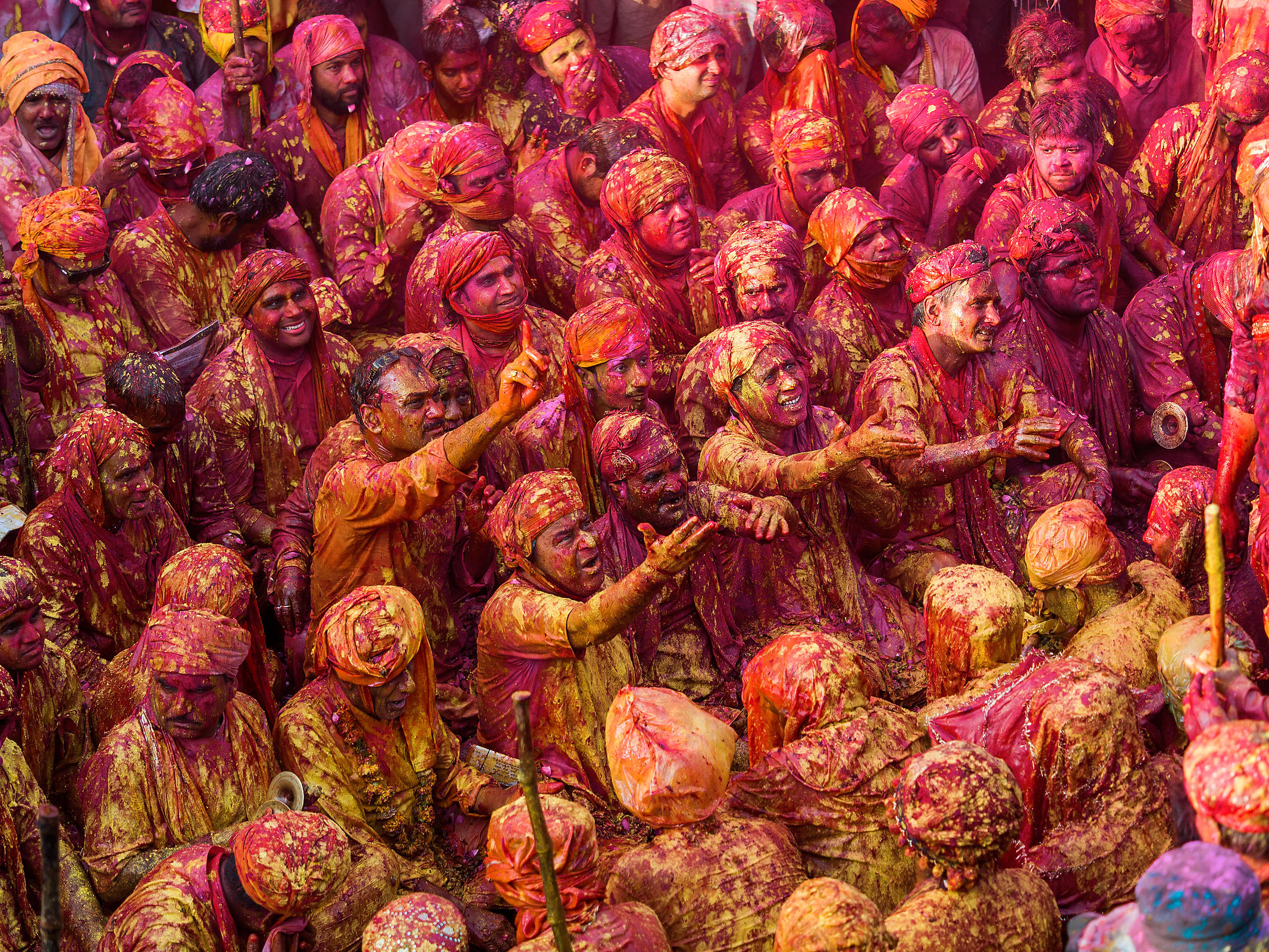 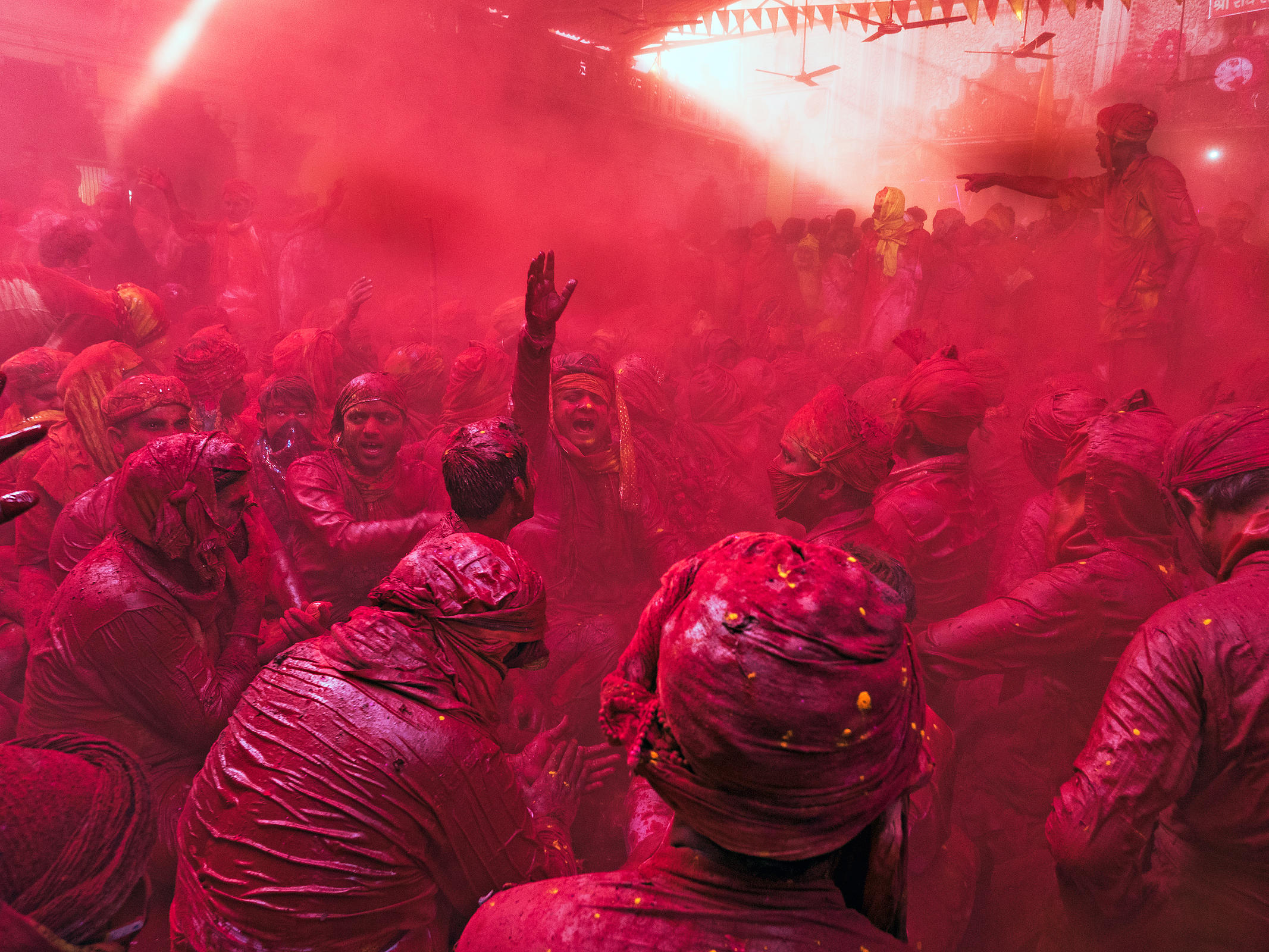 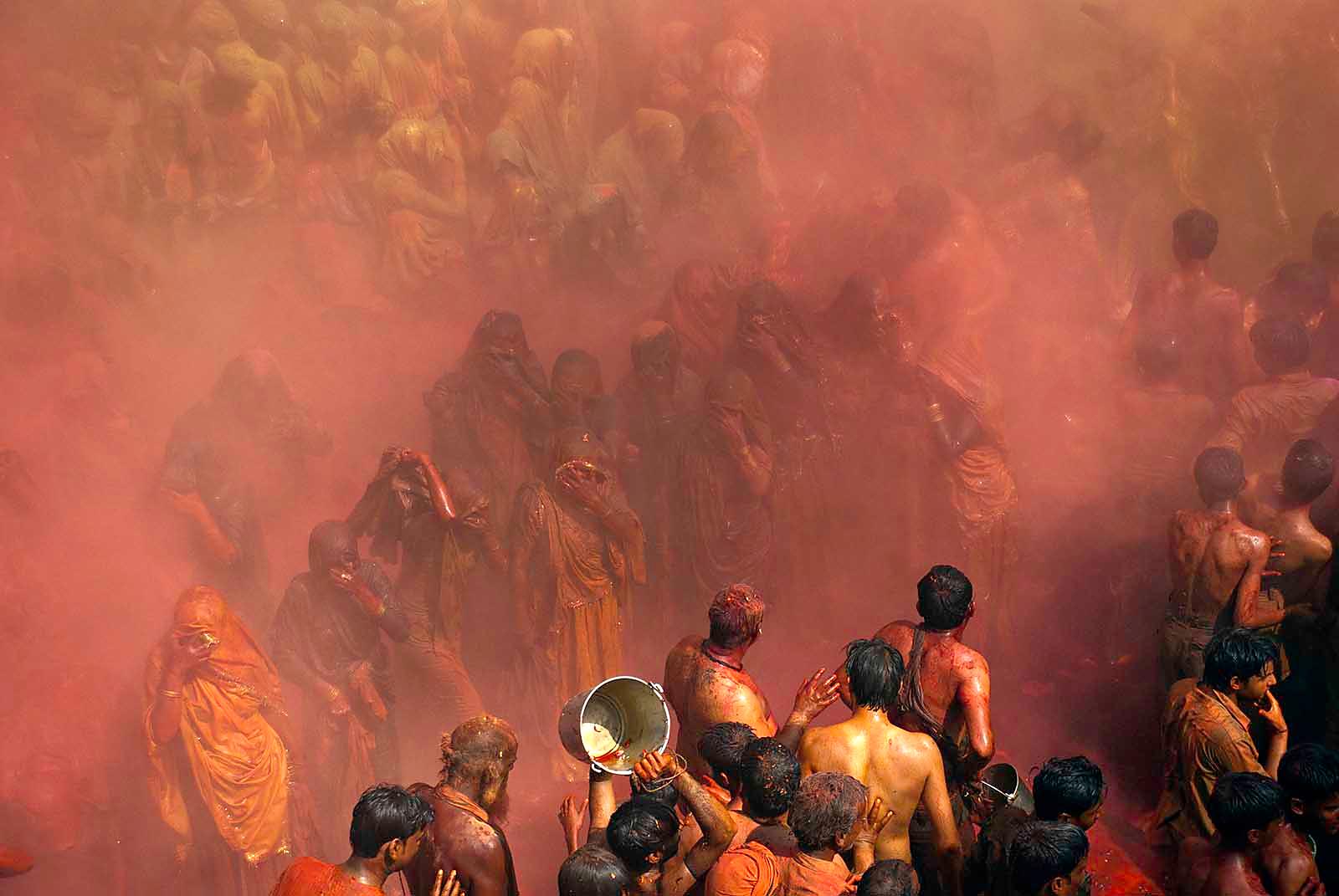 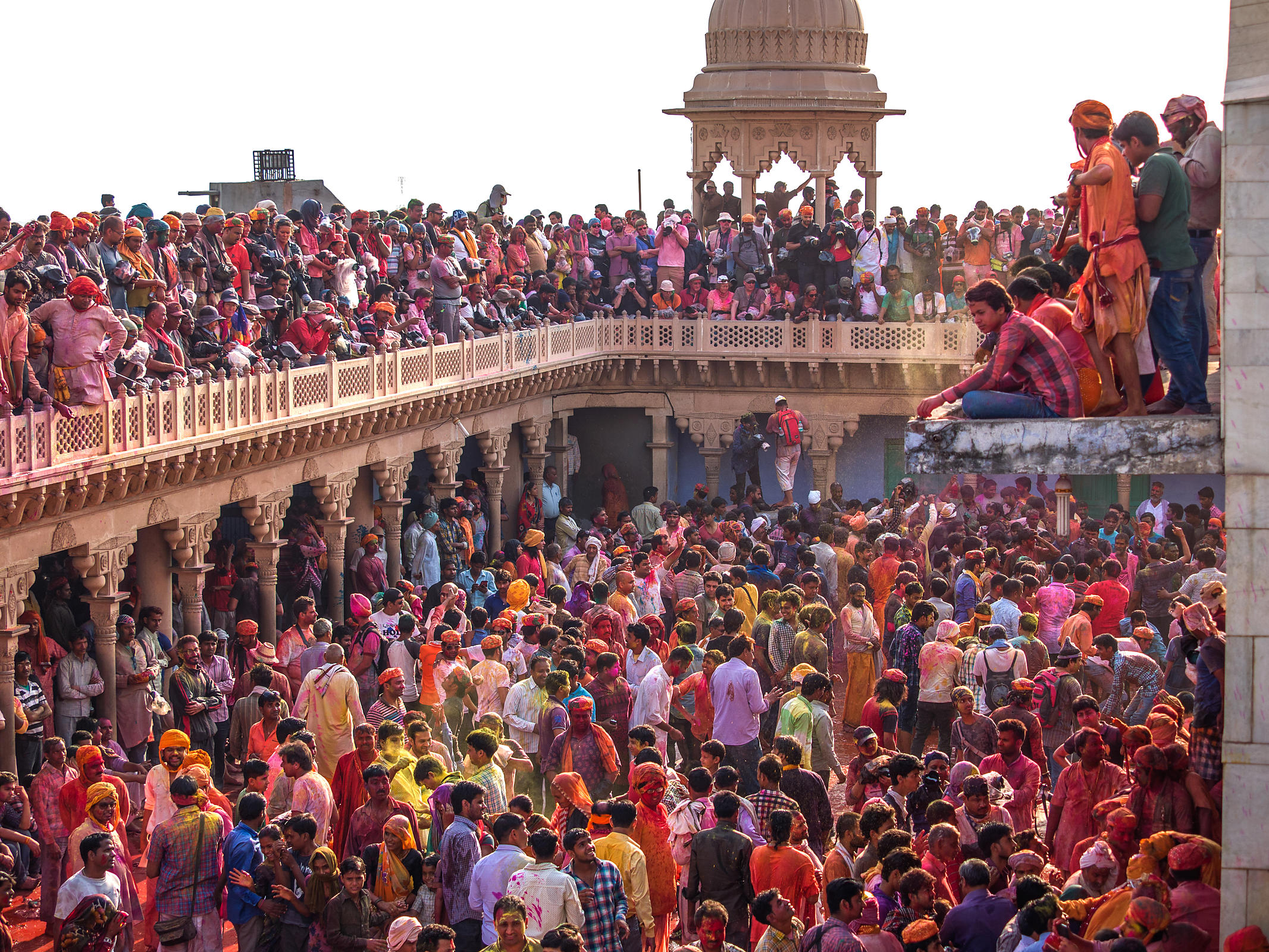 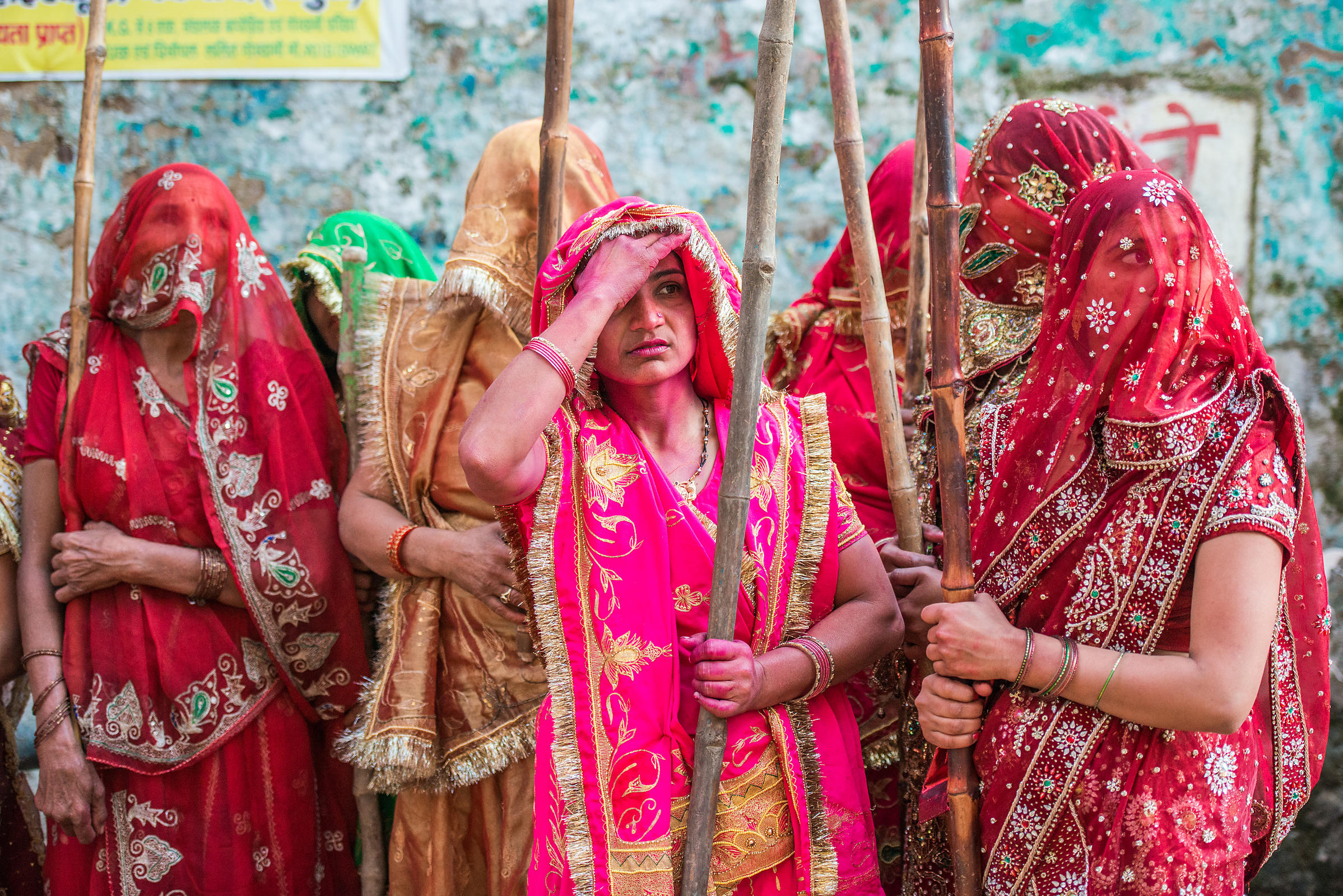 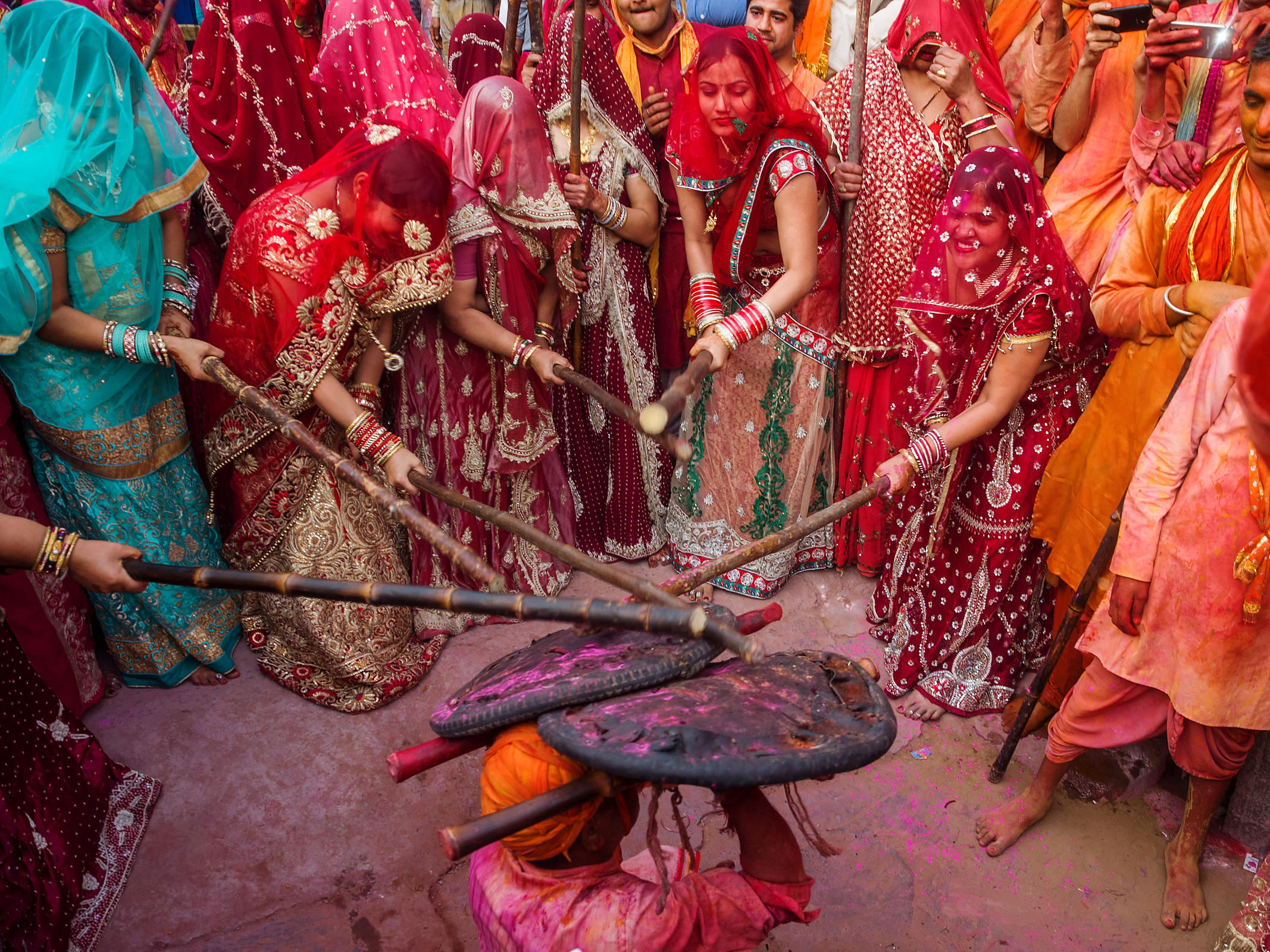 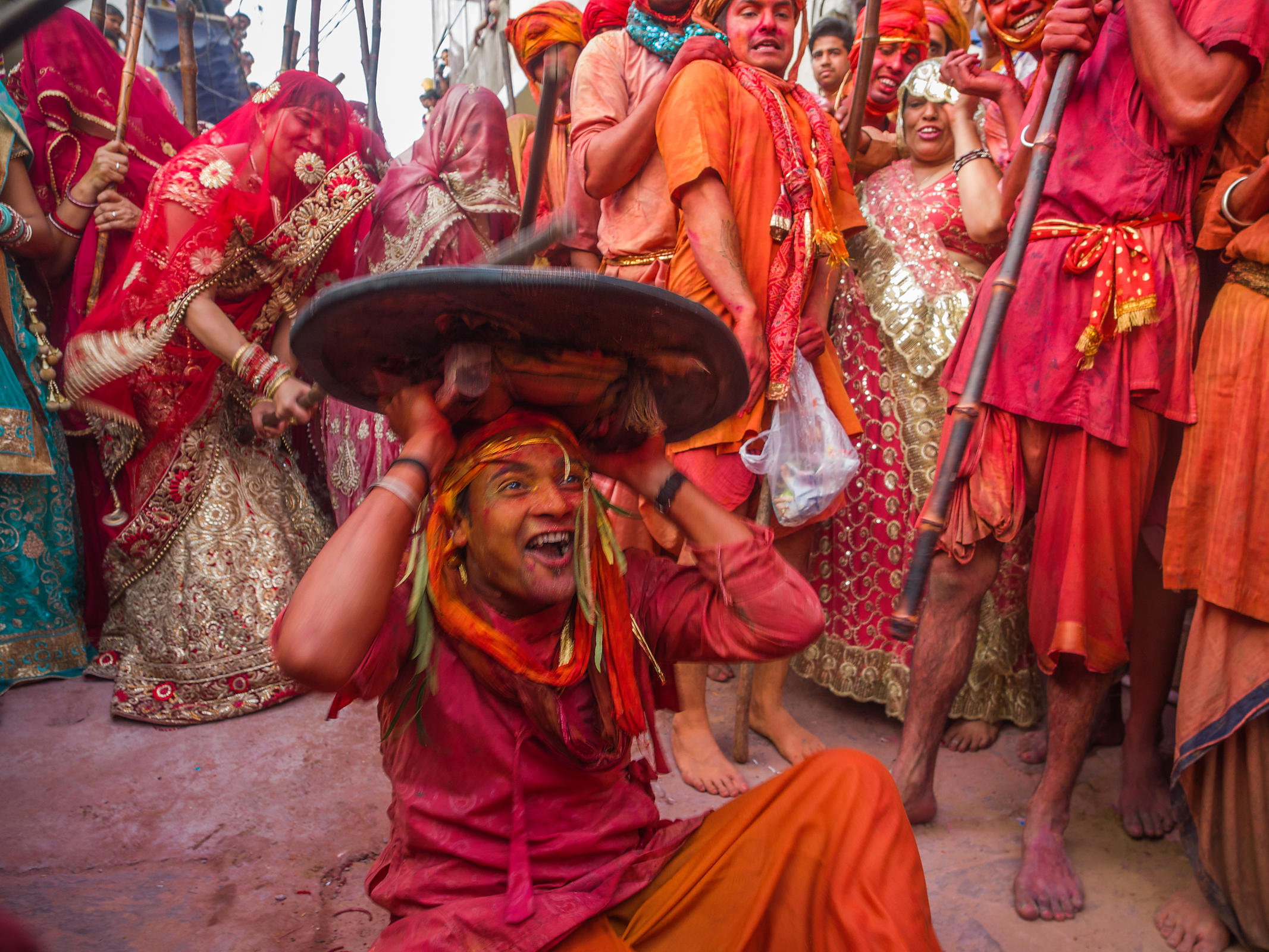 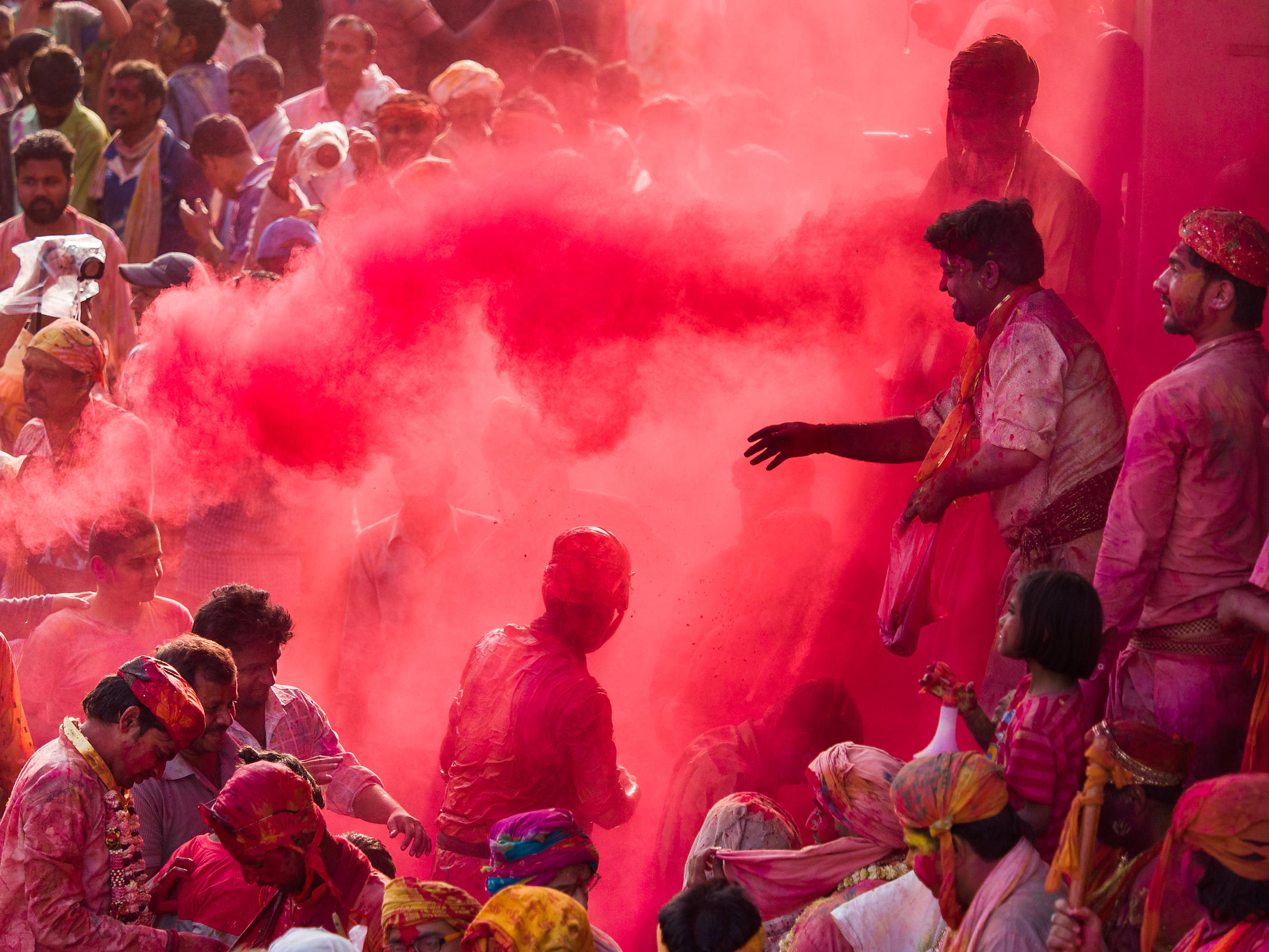 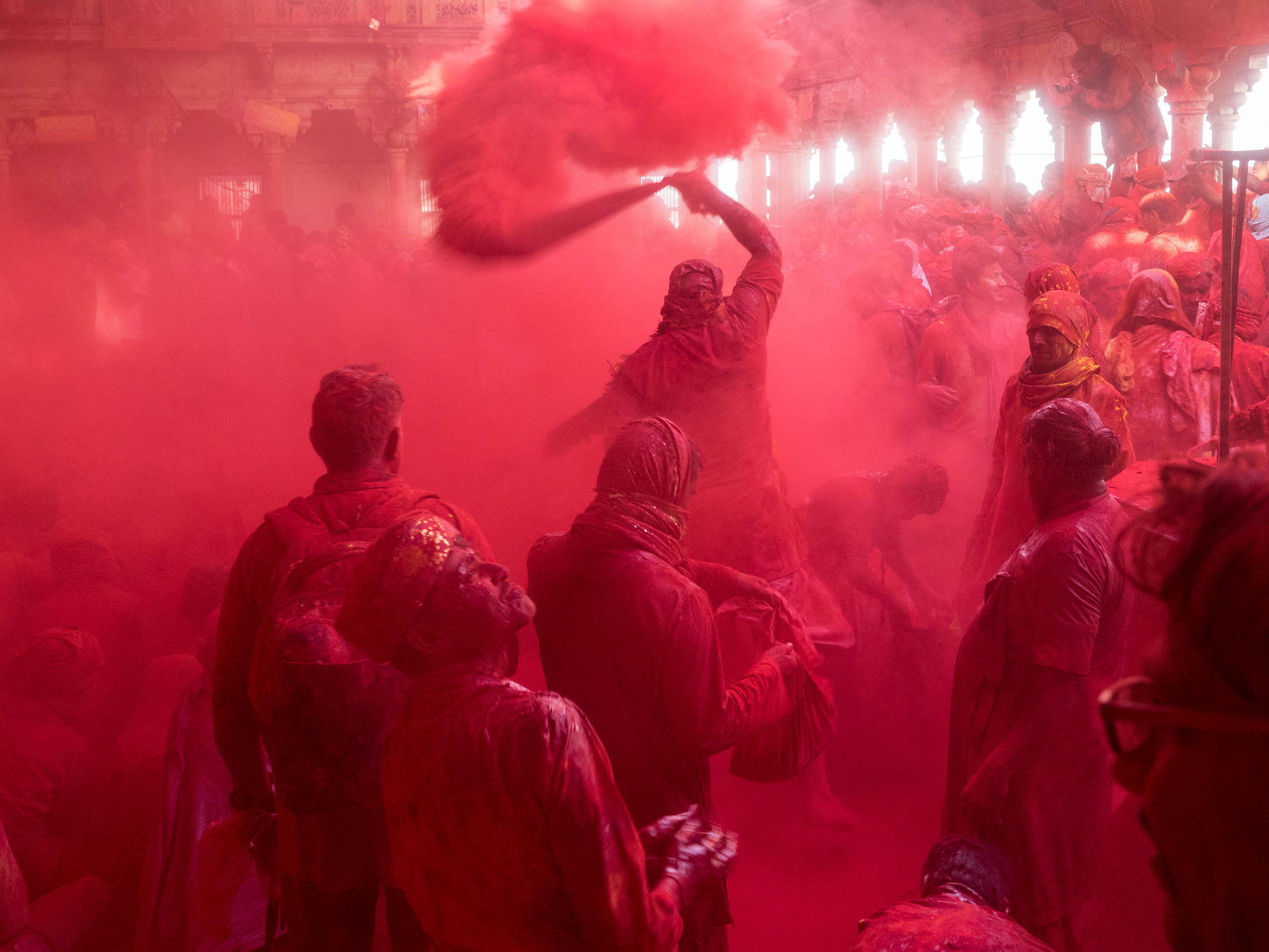 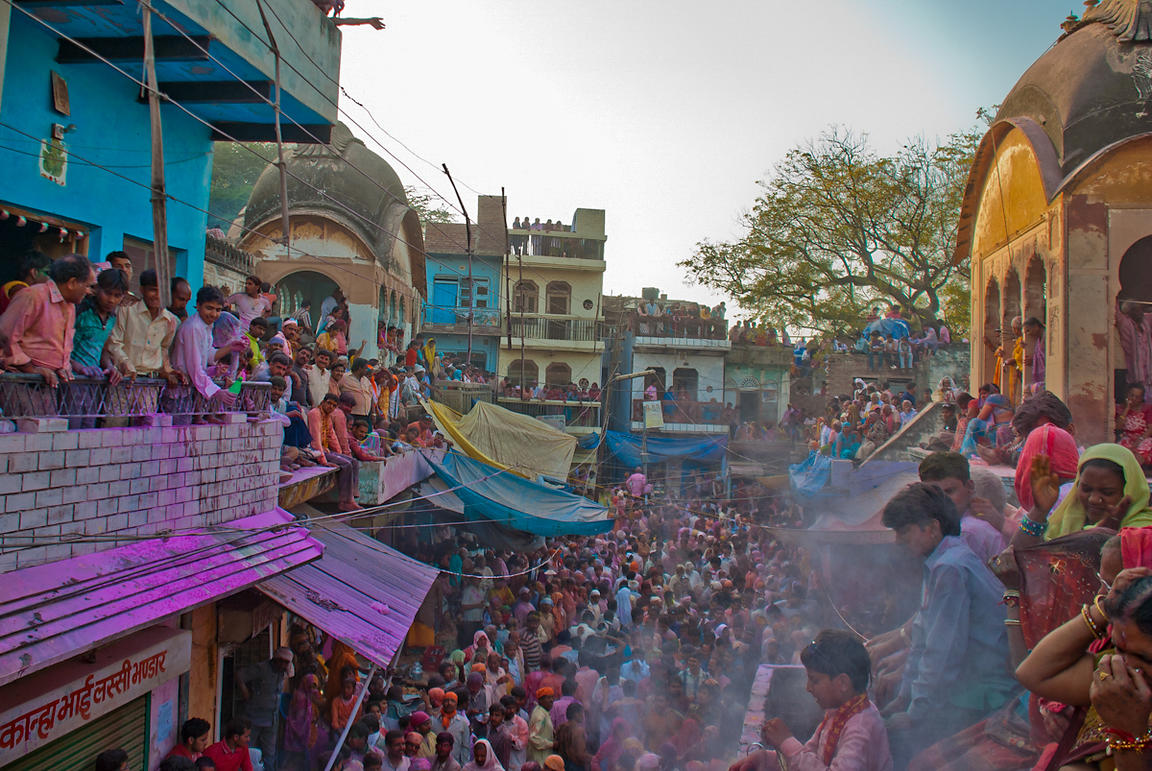 On your arrival in Delhi, you will be met by our representative who will escort you to your hotel. (Hotel check-in time is from 1400 hrs).

The rest of day is free to relax before we all meet for a welcome dinner and overview of the trip. We will talk about the program, photo walks and all the amazing things that we will experience.

This morning after breakfast, we will start our 3½ hrs drive to Mathura, which will be our base for next four days during Holi celebrations. This is a perfect opportunity to take some stunning, colorful images. On arrival you will be assisted with check-in at the hotel. After lunch get ready to photograph some of the most vibrant and striking images as we take you to Barsana to witness the festival of colours – Holi.

Later in the evening, we will return to hotel for dinner and overnight.

Overnight at the Mathura

02 - 04 February, Thursday to Saturday: In Mathura

We will spend the days taking some amazing images of the Holi celebrations in nearby villages and temples.

Overnight at the Hotel

Today after our morning shoot we will head back to Delhi.

We will spend the next two days photographing the Old city of Delhi.

This morning we will fly down to Chandigarh and then drive to Anandpur Sahib — where the very dramatic Holla Mohalla takes place.

The Holla Mohalla is an impressive traditional display of bravery and valor that is a must see.

The ultimate display of machismo - Holla Mohalla, an annual Sikh festival held a day after Holi, has the drama, the sweat and the incredible colours that Indian festivals are known for. With impressive displays of weaponry, archery and wrestling, there's also music, poetry and prayers, singing and chanting. An important part of the festival is the langar (community food) that is served to pilgrims irrespective of their religion or caste. One of the main attractions at the festival are the Nihangs — a prestigious armed sect of the Sikha who wear a striking blend of blue and orange, with thick twisted moustaches and overwhelmingly large and embellished turbans. They also demonstrate thrilling horse riding shows where the riders gallop bareback, performing tricks like riding astride two horses. Holla Mohalla is held at Anandpur Sahib in the state of Punjab, and it is estimated that over 100,000 Sikh devotees attend the festival. This is an amazing festival with great photo opportunities!

Overnight at the Tents

We will start early in the morning to witness and capture the various activities that take place during the festival. We will spend the entire day here photographing this colorful and amazing festival.

Overnight at the Tents

After a relaxing morning shoot, later today we will drive to Chandigarh to board the flight to Delhi.

On arrival you will be transferred to you hotel and assisted in check-in. The rest of the evening is at leisure.

You will be transferred to the Airport to board your flight back home!

--  Accommodation based on twin sharing rooms for 11 nights.

-- All meals starting from dinner on the 28th of Feb till breakfast on the 11th of March.

-- Transport: We will be using Tempo Travellers throughout the trip.

-- Anything not mentioned in the program or “Inclusions” 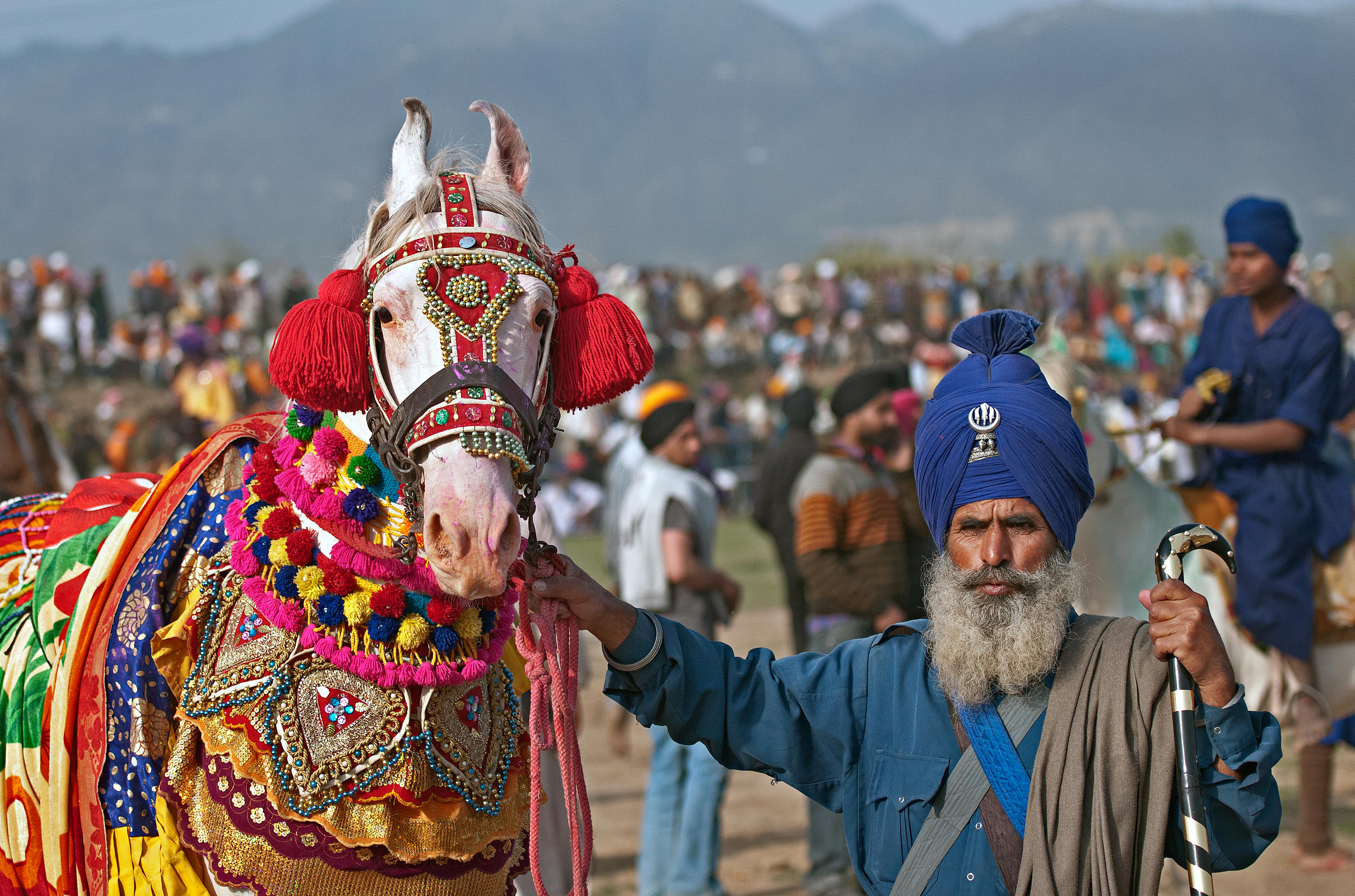